Since its inception in 2013, this startup has experienced tremendous growth. Now, the company ranks as a top-seller in its market and has customers around the world.

Yet the market is quickly evolving, and the team needs to keep up. “We want to be there to meet the need,” says the CEO and co-founder. “We want to make sure people are aware of the solutions we offer to make the most of this current situation.”

That means taking these unique market demands in stride with their post-Series A growth plans and being strategic about it. “For us, it’s a question of how do we staff up our team? What kind of company response are we going to need to help our customers and to grow the value of the business over the next several years?”

In order to achieve intentional and sustainable growth, the company knew they needed to tackle a challenge common to growing organizations: Presenting a clear growth path around which their leadership team and entire company could align.

Searching for a Path to Growth Buried Inside Spreadsheets

Designing the future of the company has been top of mind for leadership since their Series A fundraising in August 2020, but planning this new and exciting stage hasn’t been easy.

“I was looking at our hiring plans for the next year, which were a complete spreadsheet conundrum,” the CEO admits. “It was just a total disaster of spreadsheets and timelines and Gantt charts.”

Once he compiled the budget, headcount, and month-over-month growth projections, the CEO presented those figures to the company’s board and leadership team.

“All that work didn’t even matter because the format wasn’t something that I could easily communicate to other people,” the CEO confessed. He had graphs and charts to augment the numbers, but none of it clearly laid out what growing the company would actually look like.

He needed his board and leadership team on the same page about the company’s path to growth and realized their current tools could no longer get them there. So he went searching for a solution that could make that crucial alignment possible. Save the leadership team over $10,000 in lost productivity thanks to more effective planning and board meetings. 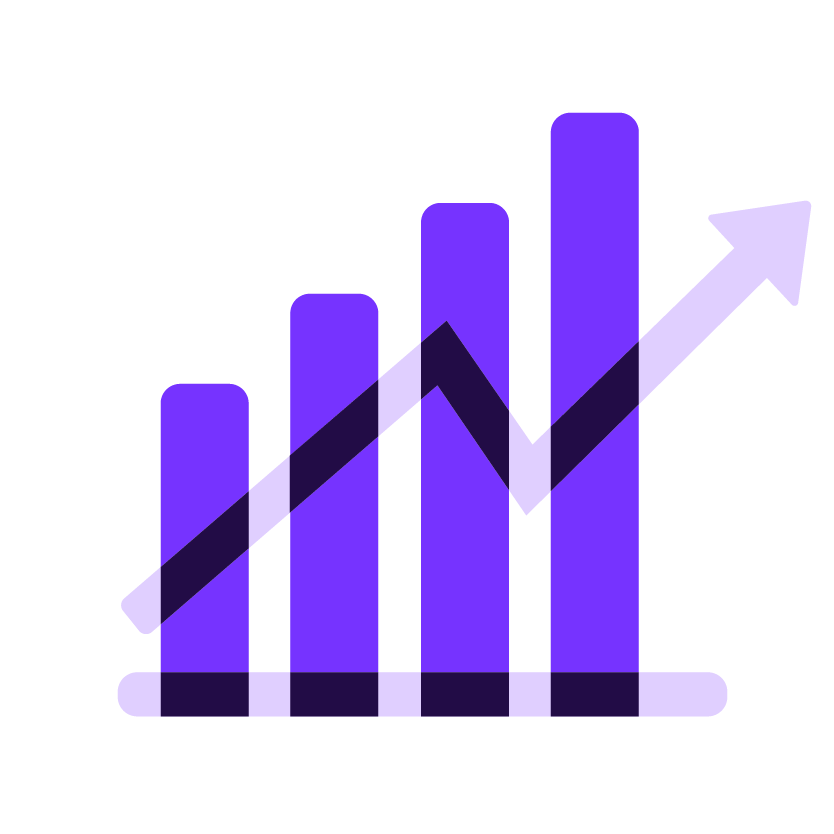 Communicate company and employee growth thoughtfully to preserve a high eNPS of 85.

To grow in an ever-changing industry, the company needed an equally dynamic solution. Specifically, they wanted the flexibility to deliver powerful visuals their teams could easily understand. That’s when an industry acquaintance introduced the CEO to ChartHop.

Right away, he knew ChartHop would help his board and leadership team visualize potential growth outcomes. All he had to do was upload the details from spreadsheets, and ChartHop would transform that data into immediate, actionable insights – saving the company time and money.

ChartHop’s scenario mapping feature would allow the team to create and explore various futures for the company, like the creation of cross-functional teams or what the company would look like if it made various strategic hiring decisions. But it was the ease of creating these scenarios using drag-and-drop functionality and on-page filtering that showed the CEO how easy real-time collaboration would be once he had leadership in the same room. ChartHop fit their goal to present a powerful vision for the future that leadership (and the company as a whole) could rally around.

“It’s like I’ve got this superpower added to my arsenal that is letting me really lead the company and talk about how this will positively impact us and allow us to meet our goals this year with everybody involved,” the CEO explains.

Importantly, ChartHop’s ability to easily integrate with and sync data daily from the company’s human resources system, BambooHR, gave them confidence that the leadership team could make informed decisions about the future since they would be working from a single source of truth.

“When those data pieces are consolidated to one system, it really [becomes] that living, breathing system of record for people and growth,” the CEO shares.

The company hit the ground running with ChartHop and saw the benefits almost immediately, quickly developing a primary growth plan to show his board.

Having visuals and the flexibility of scenario planning leveled up board meetings. Together, the board walked through half a dozen “what-if” scenarios, seeing the actual implications of growing one department over three months versus six months or the makeup of the workforce with the implementation of equitable hiring practices.

ChartHop was a planning gamechanger. “This board meeting versus what we used to have as a board meeting was 10 times more effective and mature and professional than what I’ve seen before,” the CEO admits. “Between the work it saved me, and the work it saved our leadership team, we probably saved over $10,000 in lost productivity – in just one planning process. The most powerful part was being able to put it in front of the leadership team so there’s clarity on the plan, and being able to make changes to the scenario in real time based on feedback we discussed in the meeting.”

Communicating a Clear Vision for Growth

Energized by the enthusiastic reception his growth plan received from the board and leadership team, the CEO decided to reveal the growth plan to the company’s employees in the first Town Hall meeting of their fiscal year.

“Everybody was excited to actually see, ‘Okay, it’s not actually this pie-in-the-sky vision to get from here to there, and theoretically this is how it’s going to happen. Here’s the actual org implication of where I sit in the company,’” the CEO explains. “We were able to be very transparent about that.”

He notes that rapid growth like what the company experienced makes it easy for team members to quickly become overtasked and feel overwhelmed. Using ChartHop, he could show teams key numbers, like the ratio of managers to individual contributors, that demonstrate how leadership is thinking about these challenges.

“It’s very important for us to communicate that while you’re kind of alone right now in your function, this is how we see the company being able to support this area of the business over the next three, six, nine, and 12 months.”

The CEO even found himself having similar conversations with external candidates being considered for key roles. Using ChartHop’s scenarios, he could share plans for the marketing or design team, showing those lead candidates what he believes those teams will look like over the next few quarters.

Having Honest and Transparent Conversations

Presenting the growth plan to the entire organization naturally led to conversations about employees’ professional growth. “People got the potential career tracks for themselves,” the CEO says. “[We could] have the warm-up conversations and say that certain members might go into lead roles this year.”

But with that big-picture view of the company’s current state and where they wanted to go, it became increasingly obvious where leadership needed to bring on external candidates versus promoting from within – and that meant having difficult, but honest conversations.

“While everybody on this current team including myself has strengths, there’s also areas where we’re not as strong,” the CEO explains. “We do need people who have done this or that at another company, who can pull the company up to that next level.”

He admits it was scary to have those challenging conversations, but having month-over-month growth projections for each team made it easier to explain the choices the leadership team made to ensure the company would be successful in their post-Series A phase.

As the entire team began working more within the ChartHop platform, they quickly – and rather unexpectedly – discovered additional growth opportunities.

“It became very obvious to us that we needed to have a subsidiary in the UK, and that was not obvious in the spreadsheets at all,” the CEO says.

ChartHop’s map view made this possible. As COVID-19 precautions normalized remote work and Zoom calls around the world, it became easier for leadership to visualize how they could conduct business remotely and expand into new markets.

Growing with Your People in Mind

At this high growth startup, growth is less about the financials and more about the people. The company boasts an employee Net Promoter Score (eNPS) of 85, a rating that measures employees’ enthusiasm for where they work. It’s a score leadership is proud of and wants to preserve. Thoughtful yet strategic growth will get them there.

“I think everyone who works here deserves to be part of an organization where their personal growth is fostered,” the CEO says. “And ChartHop gives us a complete picture of where we’re going and how we’re going to grow our people.”

Plan your company’s future in a collaborative, visual way and learn from the past, no time machine needed.

By downloading this PDF, you agree to opt-in to emails from ChartHop.
RELATED RESOURCES Building an org chart template doesn’t have to be a hassle. Software can save you time to focus on what matters most: making informed business decisions. Effective headcount planning strategies allow organizations to grow intentionally by bringing the right skills into the business at the right time. These 4 strategies provide a blueprint for getting started. 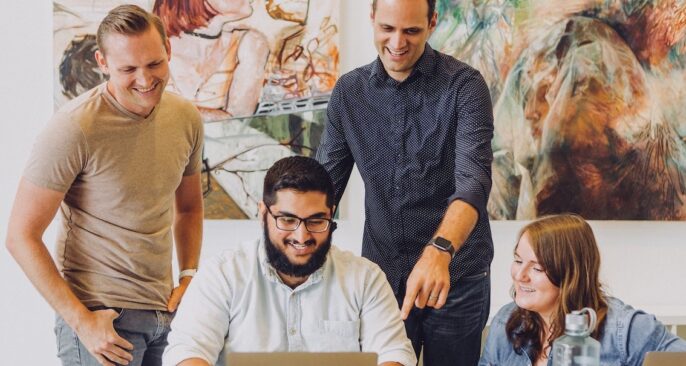 Advice from the Frontlines on Scaling Your Company

Scaling your company takes intentional planning. We sat down with six HR leaders and four themes emerged on how to execute your high-growth strategies.